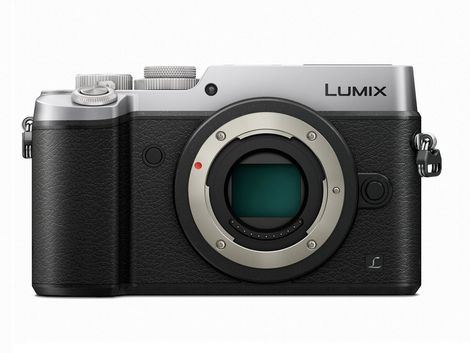 Skip to the beginning of the images gallery
$1,197.99
FREE SHIPPING
Out of stock
Categories:All Products, Cameras, Compact Cameras

4K Video and 4K Photo — Capture THAT MOMENT
THAT MOMENT you want to remember can occur at any time, and Panasonic's exclusive 4K PHOTO technology uses 30 frames per second in high resolution 4K Ultra HD Video to extract them as photos. You'll never miss THAT MOMENT again.

4K Photo Modes — Free Your Creativity
The 4K Photo function can be used in three different modes, all allowing you to capture that perfect moment at a high burst rate of 30 frames / photos per second:
- 4K Burst - burst shooting 8-megapixel equivalent images extracted from 4K video as long as the shutter button is pressed.
-4K Burst S/S (Start/Stop) - 4K burst recording as 4K video then play, pause, and extract any frame / photo as an 8-megapixel equivalent image later.
-4K Pre-Burst - 4K pre-burst starts recording one second before and after you press the shutter button. Perfect for unpredictable moments.

Everything in the Right Place
The LUMIX GX8 features a premium flat body with front/rear dials to control aperture and shutter speed settings. Settings can also be assigned to eight function buttons.* In addition, it is possible to adjust the exposure compensation with a dedicated dial.

Free-angle OLED Monitor
The 1040k-dot rear monitor boasts tilt & swivel capability, making it more comfortable even for vertical composition. Plus, its touch control allows you to quickly set focus just by touching the subject on the screen.

Fast and Precise AF Tracking
With the new AF Tracking algorithm, not only the color but also the size and motion vector of the target are recognized, enabling the camera to lock on the subject even more securely.

High Speed Auto-Focusing with DFD Technology
Panasonic's Depth-From-Defocus (DFD) Auto Focus (AF) technology* instantly calculates the distance between foreground and background and quickly brings the subject into focus with one fast, continuous movement. This new system results in AF speeds up to 0.07 seconds** and a burst shooting speed with Continuous Auto Focus (AFC) of 6 frames per second.