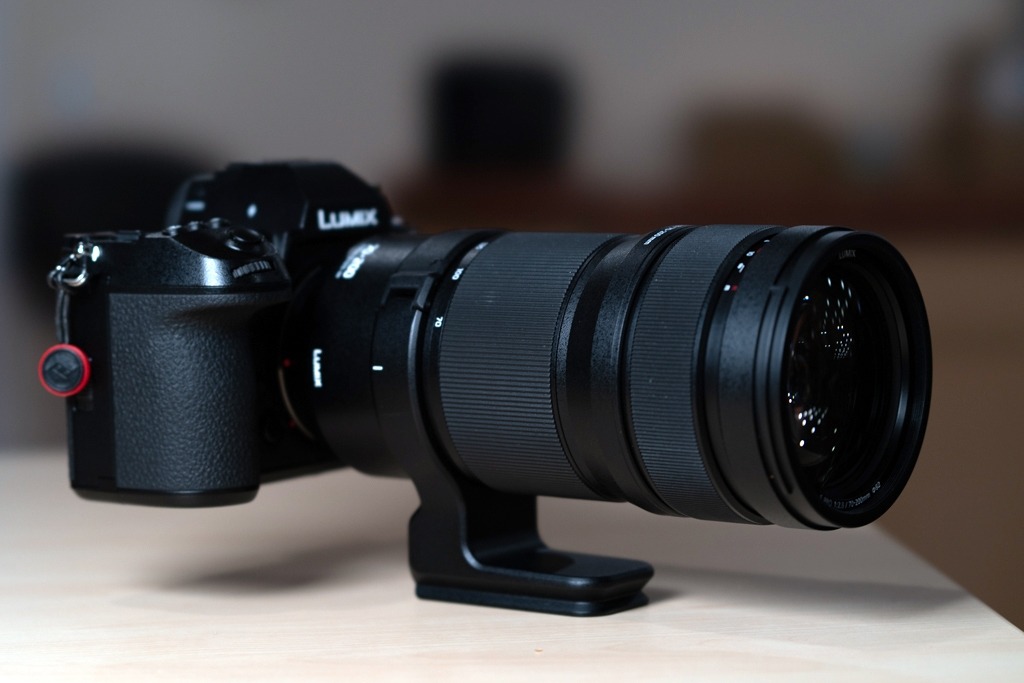 In early November, Panasonic announced that a 70-200mm f/2.8 was coming soon. Coming in at a hefty $2,597.99, Panasonic is one (expensive) lens closer to completing the holy-trinity lineup for their S series cameras. Additionally, Panasonic says that this lens will offer 7 stops of stabilization on the S-Line cameras, a pretty impressive spec for a full frame tele-zoom. We were sent a sample model (with pre-production firmware) for a few days to test out.

The Lumix S Pro 70-200mm f/2.8 is a hefty lens, coming in at 3.46lbs. This is in part due to its 22 total elements (in 17 groups - including 1 aspherical, 3 extra-low dispersion, and 2 ultra extra-low dispersion elements). With all of the ELD elements, the lens features minimal chromatic aberration, and results in sharp images throughout the focal range.

Similarly to the 16-35mm f/4 that was announced along with this lens, Panasonic says that focus breathing is minimal, which is great news for videographers. The autofocus features a double focus system, which combines a linear motor and a stepping motor to achieve fast and precise autofocus.

On the outside, the lens is built like a tank. Every part you touch feels solid and well made, and the lens is dust/moisture resistant.

Unlike most 70-200mm lenses on the market, the Panasonic 70-200 features a focus clutch mechanism allowing users to quickly switch between auto/manual focus modes. The zoom ring is nice and large, and has a fairly short throw with a moderate amount of resistance. There are two switches near the base, one for the OIS (Off/1/2), and one for the focus limiter (Full/.95m-5m/5m-∞). The tripod collar is solid, and features an arca-swiss foot - something you won’t find on Canon/Nikon/Sony’s 70-200’s. The tripod foot also doubles as a pretty convenient handle to carry the lens/camera. There are also focus hold buttons on the lens, an often seen feature on lenses like this.

For portrait shooters, this lens is a great addition to the 24-70mm f/2.8. The face/eye-af works great and does a good job of tracking a person's eye. Hunting is minimal, and it focuses pretty fast in lower light situations. While Panasonic’s autofocus isn’t the best for fast action, the lens did pretty well when shooting a high school ice hockey game with mediocre lighting and dirty boards. While there were a good amount of out of focus shots, it didn’t struggle focusing past the glass, but more so trying to keep up with the fast paced players.

After shooting with the lens for a bit, I found that the lens is quite sharp wide open throughout the scene at 200mm, and while the center is equally sharp at 70mm - the corners are a bit softer. When comparing some images taken with Sigma’s 70-200 Sport, Tamron’s 70-200 G2, and Nikon’s 70-200 f/2.8E (using cameras similar to the S1), the Panasonic seems to be the sharpest of the bunch when looking at the extreme corners 1:1.

Panasonic definitely put a lot of effort into this lens, both in the build quality and quality of the glass. While it does raise eyebrows at $2,600, it’s slightly less than Nikon’s 70-200 f/2.8E. Not having to use an adapter with an EF mount 70-200, and having 7-stop Dual Image Stabilization are definite advantages of going with the naitive option, but initially many people may lean towards the adapted option - at least until some rebates hit. If you’re looking for supreme image quality, and the best autofocusing possible from Panasonic, this lens is definitely the way to go. The Panasonic Lumix S Pro 70-200 f/2.8 OIS starts shipping now, and can be ordered here.

More images, in higher resolution can be found here. 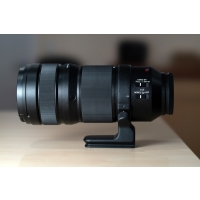