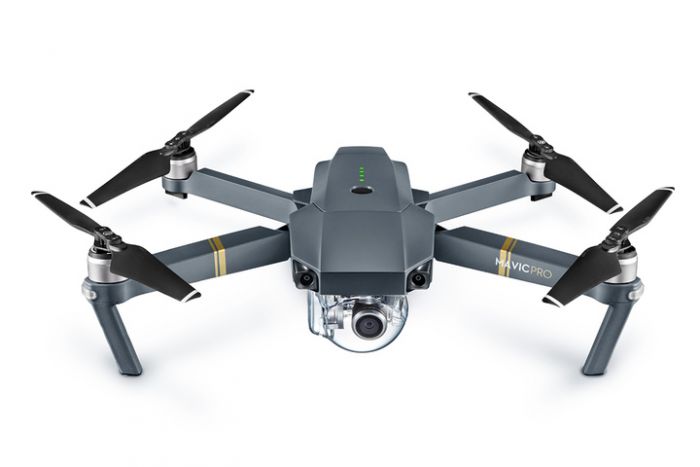 Skip to the beginning of the images gallery
$1,299.00
FREE SUPER FAST DELIVERY
Out of stock
Categories:Drones, All Products

NO BUMPS AND SCRAPES

An unprotected drone could hit obstacles during long distance flight or when descending from an inadequate height in Return to Home mode. The Mavic uses FlightAutonomy technology to sense obstacles up to 49ft (15m) away and allows the Mavic to bypass them or brake to hover, reducing accidents.

Satellite positioning can only help a drone hover in an unobstructed outdoor area free of interference. Without satellites, the drone will not be able to position and become susceptible to drifting. However, with forward and downward vision sensors, the Mavic can hover precisely indoors or in places without GPS.

The Mavic is only 1/6th the size of the Phantom 4 but this reduction in size doesn't mean a reduction in flight time. The Mavic actually flies much longer than you would expect from its compact size. It is capable of reaching an absolute maximum flight time of 27 minutes and a maximum distance of 8mi (13km) due to its powerful, high-efficiency motors.

Mavic supports 4K video at 30fps. No Electronic Image Stabilization is used, ensuring all footage is 4K. We have created a miniaturized, ultra-precise 3-axis gimbal for the Mavic, capable of stabilizing the camera even during high-speed motion for smooth video and sharp photos.

Everyone loves a good photo. Whether you just want to take a snap or are building up your portfolio, the Mavic’s 12-megapixel camera with Adobe DNG RAW support is ready to shoot.

You don’t need a film crew when you fly the Mavic because all you need is ActiveTrack. Just tell it who to track and it handles the rest, making you shoot like a pro.

WAVE FOR YOUR DRONIE

With the Mavic in the air pointing at you, a gesture is all it takes to snap a photo. Get selfies like you’ve never seen before with Mavic’s Gesture Mode.

If you are lining up a photo, or even flying indoors, you don’t want to be flying too fast. Flip on Tripod Mode and every move the Mavic makes becomes slow and precise.

Maybe all you want to do is grab a quick dronie, set up tracking to shoot a friend, or even just head skywards for a quick flight. All you need is your phone.

Beginner pilots often have trouble flying in a straight line because they aren’t familiar with joysticks, which then makes shooting smooth video tricky. TapFly means you can just tap where you want to go and the Mavic will fly smoothly in that direction, so you can focus on controlling the gimbal and capturing photos and video. Flying really can be that easy.

The Mavic acts on your every instruction almost instantly. Whether you want to shoot a slow, graceful flowing shot, or get your blood pumping at 40mph (65kph) speeds in Sport Mode.

See the world through the eyes of a bird when you wear the super high-quality wireless DJI Goggles.

You have shot the most incredible scene imaginable. Now you can edit it with just a few taps in the DJI GO Editor, and share it instantly for all the world to see.

On a drone, the most likely source of a problem is a sensor not working exactly as it should. This is why the Mavic has two of each key sensor. If one goes wrong, the other kicks in to take its place.

Stay at the same level height above the ground automatically. Don’t worry about flying too low, the Mavic will keep you at just the right height over uneven terrain.

The Mavic’s Intelligent Flight Batteries give it a flight time of up to 27 minutes, allowing you to check battery level and status in real-time during a flight through the DJI GO app. It also calculates remaining flight time, helping pilots fly more safely.

A GLANCE IS ALL YOU NEED